Nexudus handles periods this way because of the system's daily cut-off time. Simply put, because days end at midnight in Nexudus, the period end day is never included in the invoice period unless we push the period end to the following day.

For example, in order to bill a customer from July 1st to July to July 31st, the invoice period has to end on August 1st or they won't be charged for July 31st.

What it means for you

While all monthly invoice periods technically start on a given day of the month and end on the same day of the following month to ensure proper billing, Nexudus automatically adjusts the dates on the Admin Panel to help admins see the period that's actually being billed and avoid confusion.

Example - You sell plans that are billed on the 7th of every month. 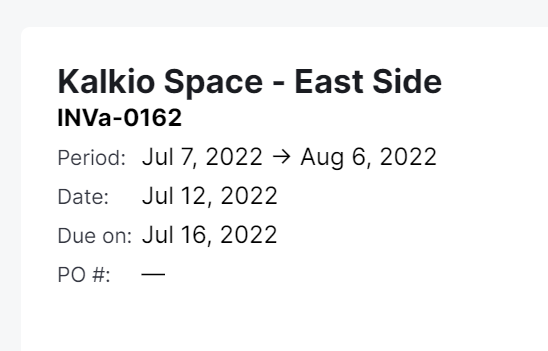 Since we've seen that the last day of a period doesn't include the last because of the daily cut-off time, you need to set your report's end date to the day that follows the last day you want to include in the report.

Example - You want a report to include all invoices issued between April 1st and July 31st.

In this scenario, your report dates should be April 1st to August 1st to include data for July 31st. 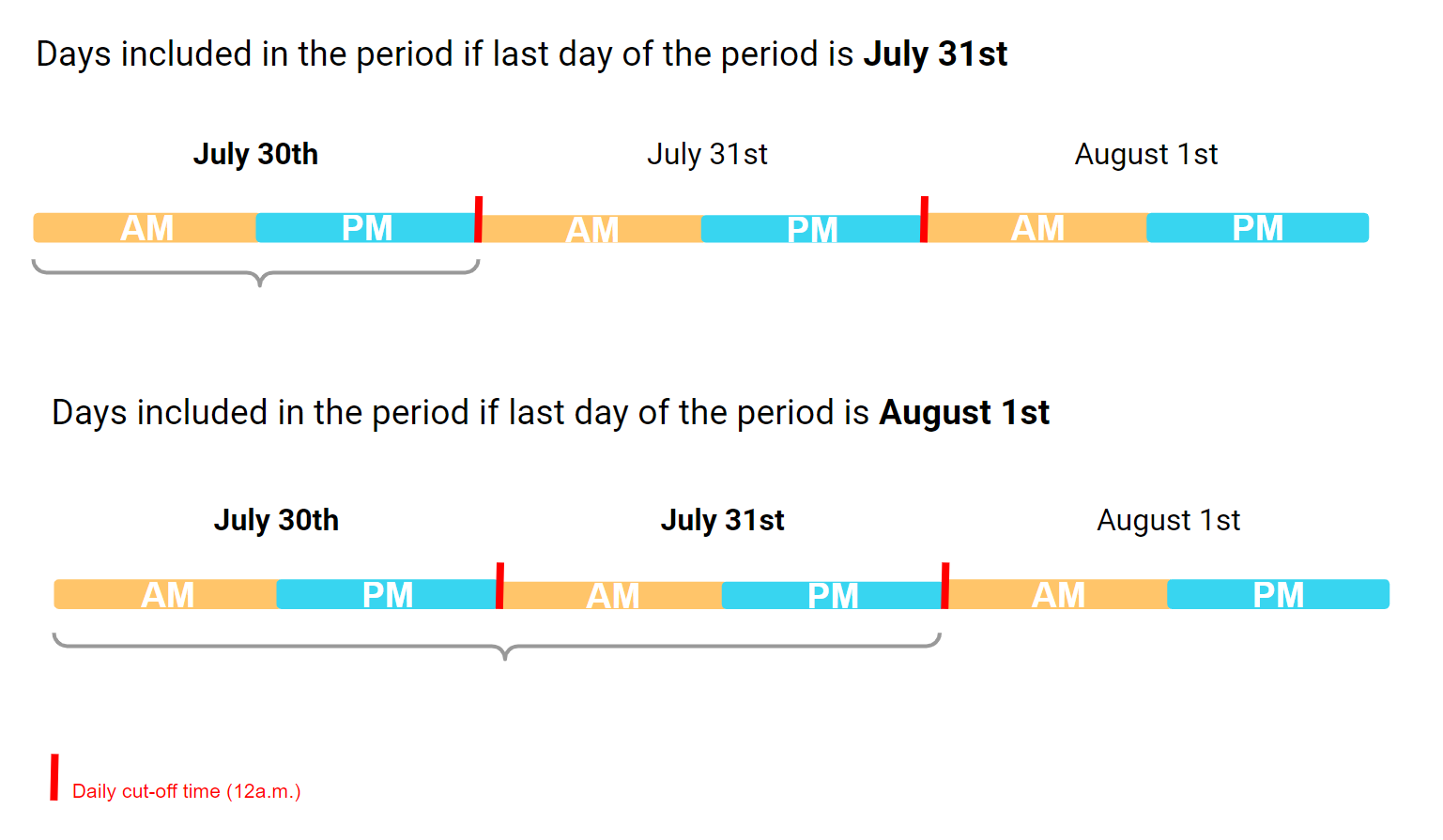 Your report header always display the actual days covered by the selected period, just like invoices on the Admin Panel.

What it means for customers

Customer invoices that cover one or more months always start and end on the same day of the month. This is to ensure they are charged for the full month.

Was this article helpful?
Thank you for your feedback! Our team will get back to you
How can we improve this article?
Your feedback
Comment
Comment (Optional)
Character limit : 500
Please enter your comment
Email (Optional)
Email

By entering and using this site, you consent to the use of only necessary cookies to enhance your site experience and improve our services.